Laws that all dog owners need to know: 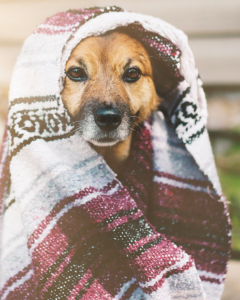 Us Brits love our dogs. Around a quarter of UK households have at least one canine chum – that’s a lot of dogs! So it’s probably no surprise that there are over 20 pieces of legislation that apply to dog ownership in Britain.

This owner-friendly guide is designed to help pet owners understand their responsibilities, but it should not be considered legal advice. Please note, the information below applies to England and Wales. The rules may be different in Scotland and Northern Ireland.

Keeping your dog happy and healthy.

Did you know that all British pet owners have a legal duty to provide for their pet’s welfare needs? All domestic animals have the legal right to:
live in a suitable environment , eat a suitable diet, exhibit normal behaviour atterns , be housed with, or apart from, other animals , be protected from pain, suffering, injury and disease ,You may hear people referring to these five welfare needs as the ‘five freedoms’.

Dog owners who fail to ensure their pet’s welfare needs are met face prosecution – but importantly, they run the risk of causing suffering to an animal who they have taken into their home and have a responsibility to care for. Failing to meet a pet’s welfare needs could cause them to become sick, hurt, upset or stressed.

Owners can be taken to court if they don’t look after their pets properly and face a prison sentence of up to six months, and a fine of up to £20,000. They may also have their pet taken away from them, or be banned from having pets in the future.

In Wales, dog collars that are capable of giving an electric shock are banned. These include collars operated by remote control, anti-bark collars, and collars that are linked to electric fences.
Owners who use these on their dogs (or cats) in Wales can go to prison for six months and face a fine of up to £20,000.
Electric shock collars use pain and fear to train or control dogs. Blue Cross is campaigning for a UK-wide ban on these cruel devices.
Law: (Animal Welfare (Electronic Collars) (Wales) Regulations 20)

It’s against the law to dock a pet dog’s tail, in whole or in part.

Exemptions to the rule are if tail removal is needed for medical reasons, or, if the dog is destined to become a working dog, a puppy’s tail can be docked if they are less than five days old. This exemption only applied to certain breed types, and these defined types are different in England and Wales.

Cruelty:
Animal cruelty is a criminal offence. Allowing a dog to suffer unnecessarily could land you in prison for six months, a £20,000 fine, and a ban on keeping animals.
Note: the government has announced its intentions to increase animal cruelty sentences to a maximum of five years in prison.
Law: (Animal Welfare Act 2006, section 4)