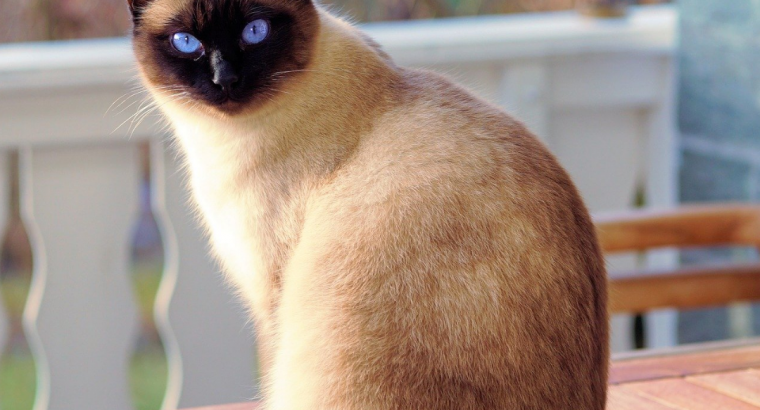 Top 5 cats in the world

People of all ages are fond of owning a cat. They bring you pleasure and joy. Moreover, having a cat can keep you fit. Also, they make sure you are not lonely, they decrease your stress level, etc. Looking after another living creature will make you feel as if you are able to care about something other than yourself.

There is no wonder having a cat is the best choice for a pet. People adore having these cute, furry and sometimes mischievous felines as a live-in friend. Maybe while you are working they lie across your laptop or blow things off your desk for no particular reason, it’s entirely their charm. They can make an amazing lifelong partner for you and your family as they are adorable, fiercely independent, curious, and loyal. Research says in the USA about 42.7 million or 35.7 of households own cats. Scientifically, cats are known as Felis Catus. In this article, we will look at the top 5 breeds of cats in the world, the names of which are the following: 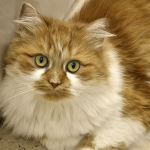 One of the oldest and most famous cat breeds in the world are Persian cats. Hieroglyphics reference their origination as far back a 1684 B.C. As these pretty creatures are said to have originated from Persia (now Iran), they are called Persian cats. These cats have 80 colour variations including black, white, red, blue, chocolate, cream, lilac, and silver. The eye colour of these cats varies as deep blue, blue-green, or brown. Personality wise they are gentle, sweet, affectionate, and quiet. In terms of looks, they have sweet faces and round eyes. They weigh between 7 and 12 pounds and measure 10-15 inches tall. Persian cats have a friendly nature as they love to spend their time with their owner and house members. The life span of Persian cats is around 10 to 17 years. Usually, the price for a Persian cat ranges from between $500 to $700. 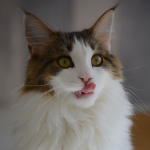 There is no doubt that Maine Coon cats are difficult to be ignored due to their large stature and thick fur coats. They are said to originate from Maine (United States). They gained immense popularity after the CFA acknowledged them as a purebred in the late 1970s. These cats vary in colour but the most common colour is brown. They are large (Male: 5.9-8.2kg, Female: 3.6-5.4kg) and have extra toes, a trait called polydactylism, which helps them during hunting in the snow since large feet act as snowshoes. They weigh around 12-18 pounds. Commonly by age three to five, they reach their full size. Maine Coons are easy to train as they are people-oriented, energetic, and highly intelligent. They are also referred to as “gentle giants”. This breed is considered to have a life span of 13 to 14 years.  The price range of Maine Coon cats is between $1200 and $2000. 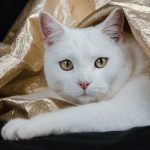 The British shorthair cat is the most ancient cat breed in the world. They generally originated from Great Britain in the 1st century A.D. With the addition of dense coats and a broad face, these cats are the pedigreed version of British domestic cats. They come in different colours like black, blue, white, red, cream, silver, and gold but the most common is a solid blue dense coat with orange eyes. They are highly affectionate, polite, and easily get attached to family members. They are also frequently selected to appear on TV, in ads, movies, and even in books. They are 30-46cm tall and weigh between 3-8kg. Typically, the life span of these cats is 15-20 years. The price of British shorthair cats depend on where you live. 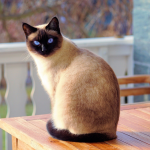 Siamese cats have been famous since the 19th century. Of all the other cat breeds, Siamese cats have the most communication power. This breed originated in Thailand. They can help in the creation of many other breeds including Oriental Shorthair, Himalayan, and Sphynx. These cats can easily tell you what they want with the help of their loud and harsh sound. They love to play around you, follow you, and take a rest on your lap. These cats have a triangular head, broad ears, almond-shaped eyes, and a muscular body. There are two types of Siamese cats: one has an apple-shaped head with a chubby body and the other has a larger head with a slender body. Siamese kittens are always born with a pure cream colour but after four weeks their colour starts to change. These cats are found in ivory, cinnamon pink, bluish-white and milk-chocolate. Many of these cats have dark brown points and a creamy body. They are 15 to 20 inches tall (not including the tail) and weigh 6 to 14 pounds. Their life span is 8 to 15 years. In the USA, the cost of Siamese cats is between $250 and $2500.

In nomenclature, they are called Abys. Abyssinian cats originate from Abyssinia (formerly known as Ethiopia), tthey are named after the name of the country. Highly resembling ancient Egyptian cats, these cats have wedge-shaped heads, half cupped ears, medium length bodies, well-developed muscles, and long slender legs. They have a deep reddish-brown shade. These cats are very intelligent, active, playful, and easy for their owners to train. The average height of Abyssinian cats is 20-25cm and they weigh between 4-5kg. Their life span is typically 9 to 13 years. It costs around $75 to $150 to buy an Abyssinian cats. 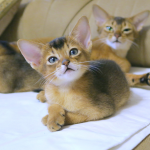 Having a cat or any other animal demands more care than providing a portion of food. If you treat them lovingly then they can become an honest and loyal friend of yours. However, keep the financial side of things in mind as buying a pet may cost a lot of money.